My brother does not ask me very often to make him something, nor do I make or offer to make something for him. Let’s not forget, I am quite selfish when it comes to sewing clothes, apart from the issues that fit could entail. Anyhow, last year, he asked me to copy a shirt he likes. His words exactly were ‘Make me loads of them in any colour, I won’t complain’. And I felt compelled to at least try to make him one. The shirt he wanted me to copy looks like this.

I debated for a while, whether or not to attempt tracing a pattern of the shirt he gave me, but I decided against it because I did not feel confident I’ll be able to make a good enough pattern to start with. So, I took to the internet to look for a pattern close enough to this one. It did prove quite difficult as most patterns for men’s shirts out there seem to be for a button down. So I was quite happy when I found this Burda Style pattern 7527. I got mine from MinervaCrafts online store.

It wasn’t the exact replica of my shirt, but I know that with minimum changes I can make a similar one to the green shirt my brother wanted. As I was not sure, I decided first shirt I make to be a toile – one to test process of constructing it and two to check the details on my brother. It was intended as a wearable toile/muslin if all went according to the plan. So traced his size and played around with drawing the new hemlines. 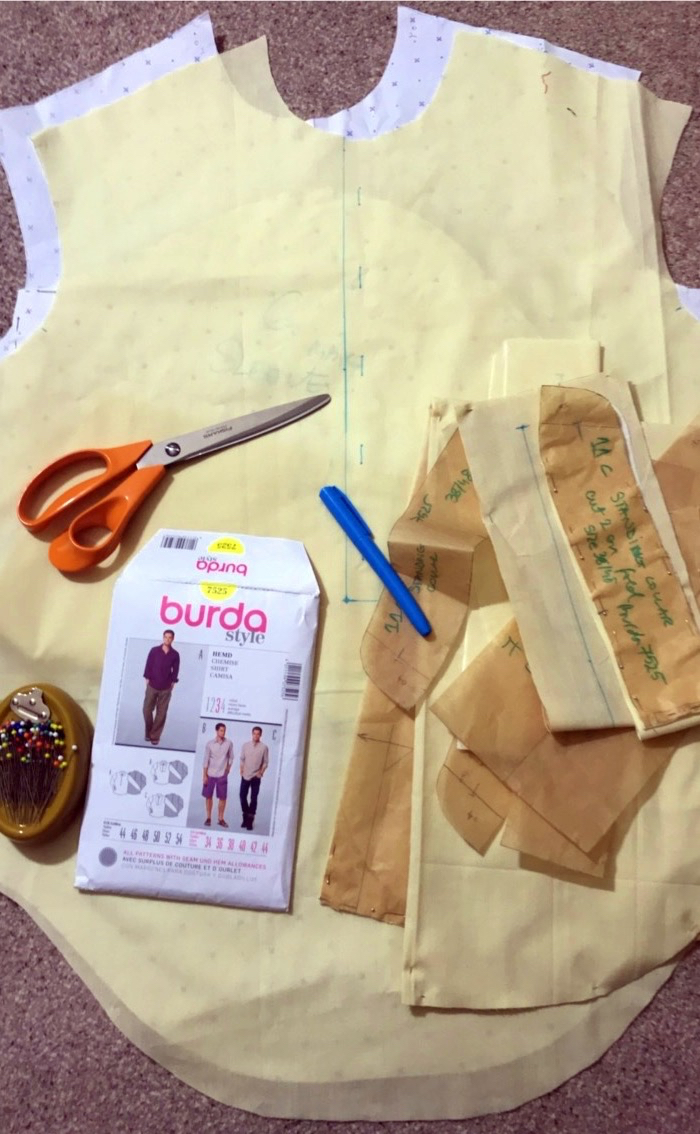 I found their instructions to make the sleeve placket a bit weird. I did not quite understand the instructions. So my finished placket was not as crisp as the usual method (or the way I am used to which makes sense to me).

The blue lines are the stitching lines the fabric should cover once it’s done. Although I had two goes at it, I was not happy with any of them. It was at this stage I decided would use the classical method, by downloading a sleeve placket from a Threads Magazine article ( – here is the link to the one I intend to use next). 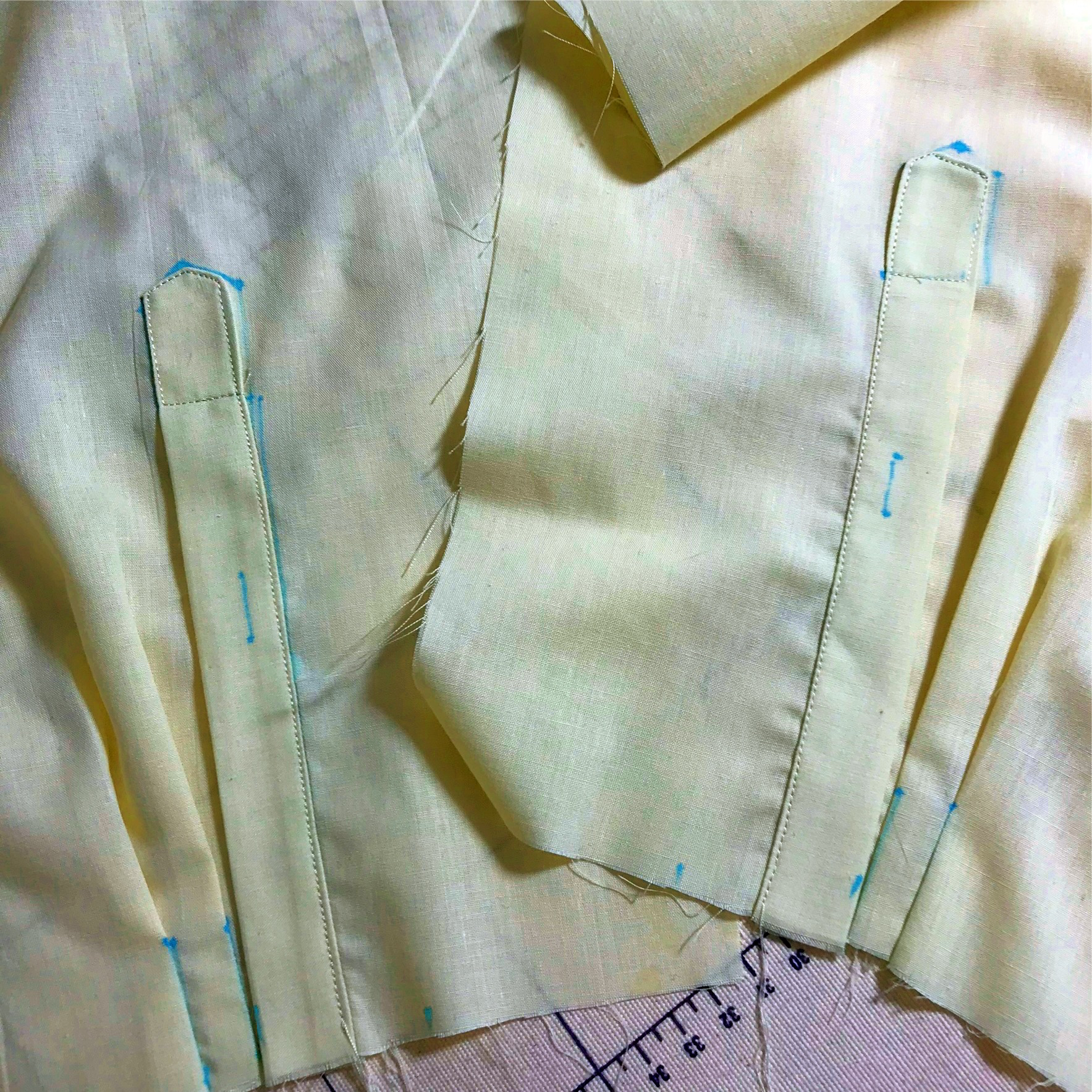 The sleeve cuff is made from one piece that gets folded on itself and it is interfaced on one half. The end result is much better than using two separate pieces. What I mean to say is that for me this way of making a cuff for a sleeve with a placket, results with a more professional look, than the method using the two pieces. I think from now on I’ll be using this way of adding cuffs to shirts instead, unless the cuff has a design element that requires two pieces.

I kept the placket on the front the same as on the actual pattern. I skipped the collar, only using the collar stand. This turned out was not what he wanted. So, I made a note that on the centre from placket on the next shirt needs to me about 10 cm shorter and to add the collar as well. He said it’s not nice having the front placket going down to his belly button. LOL.

Comparing the two shirts together they are similar. I exaggerated the curve on the hem, which is something my brother did not like. As a result on my next shirt, I’ll be correcting this as well.

He was happy with the overall fit of the shirt. The details are the ones he wants me to change in the next shirt, like adding the collar, making the centre front placket shorter and reducing the depth of the curve on the hem. Hopefully, the next one will be to his liking. If that happens, I’ll have a master pattern for his shirts. He wants them with long sleeves or short sleeves. I can add all sorts of details such as pockets or other trims to it, as long as it does not mean the shirt ends up a girlie one. LOL.