This is actually the first  project I made from the last ‘Great British Sewing Bee’ Book  –  Fashion With Fabric by Claire-Louise Hardie  aka The Thrifty Stitcher !

For the first version,  I  used some scrap fabric I had laying around (not literally of course) and used the boning I already had in my stash ( by luck it was exact amount I needed)! Just wanted to check the fit, so I did not feel it was right to spend money on it in case it all went wrong!

Based on the instructions I need a size 12, but looking at the finished garment measurements  (I love it, that each project has the finished garment measurements right on the first page of the project, helps with choosing best size to cut). So  I decided to  do a size 10 and do a FBA.  I even tried some pattern matching, but forgot that this fabric is a bit more complicated (pattern runs diagonally and I did not take that into account. I realised to late and did not have any fabric left). This means some of the skulls have wonky heads! But the centre front seam is pretty  close! Not bad for  a wearable muslin, is it?! It is quite wearable!  By now (at the time of writing I have another one cut up and ready to be sewed up, and yet another on the to do list).

I did not do my best to do a proper FBA on the bodice! Not really sure yet, on how to apply it on a princess  seam, even though there are loads of good tutorials on the internet (Laziness comes into play here to)! Well I eyeballed it, only to realise that the corset would have fit straight form the envelope even on a  size 10! I am so lucky to be so close to the standards used by different pattern manufactures! I don’t need to worry about more than 2 changes on a pattern (usually length and FBA) .

Because my boning was not metal, but plastic with ribbon, I had to go off and do my own thing while constructing the corset, so I did not follow the instructions. I sewed the seams as normal! As I did not want any rough edges to show on the seam,  I pressed them open and then folded in half. On the centre front I just top-stitched in place to keep seam flat! On the other seams that needed the boning, had to pin and cut to size the boning. Afterwards I tacked them into place (loads of hand sewing! ~Argh… but had to be done the boning would not stay in place and would have been a nightmare to stitch in place with pins in. Ask me how I know! But I got results I was happy with. 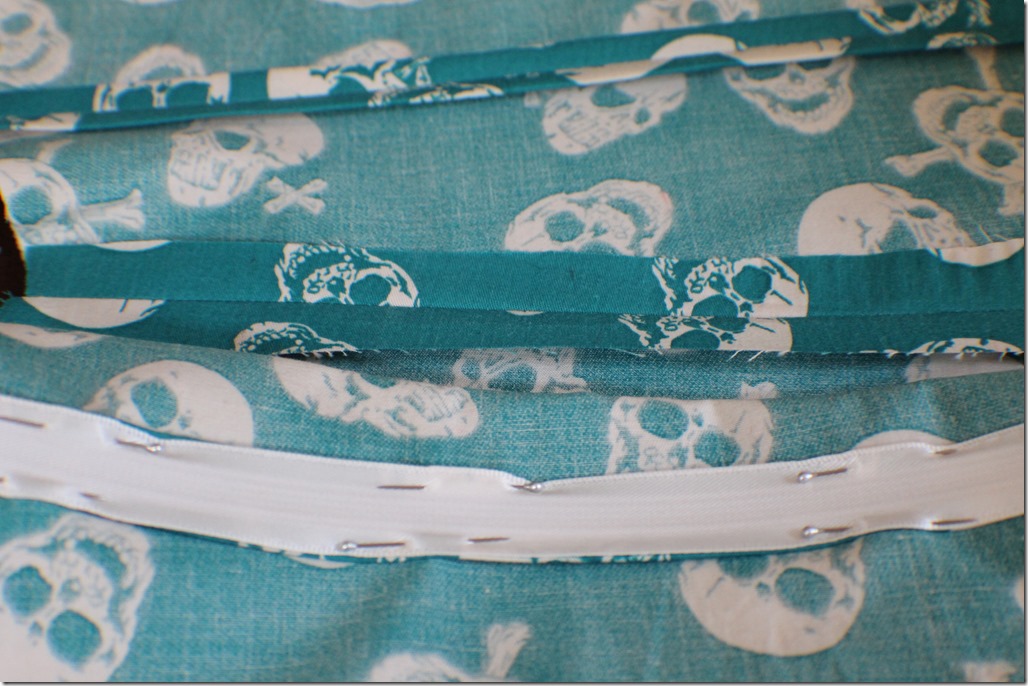 Unlike on the Sewing Bee contest, it did take me twice as much to make it, but it had to be done! I also made my own bias tape! (I was not under time constraint !)  I really admire the Sewing Bee contestants for making their project in that limited time! I am doing  5 other things at the same time and cannot help it either! My brain cant sit on just one project! I always ideas for other project I have to start) It also made me realise that  its best to use metal boning for corsets especially if you want more than one wear out of them! So I invested in a lot of it! So I better proceed to making many of them! I love corsets because one does not have to wear a bra even with an ample bosom!

I finally used my eyelet kit properly with this project! So, me investing into a large amount of eyelets was not a bad one! And I got to use my non sewing tools again! Love finding sewing uses for every day life objects like cutting boards or hammers or weights. 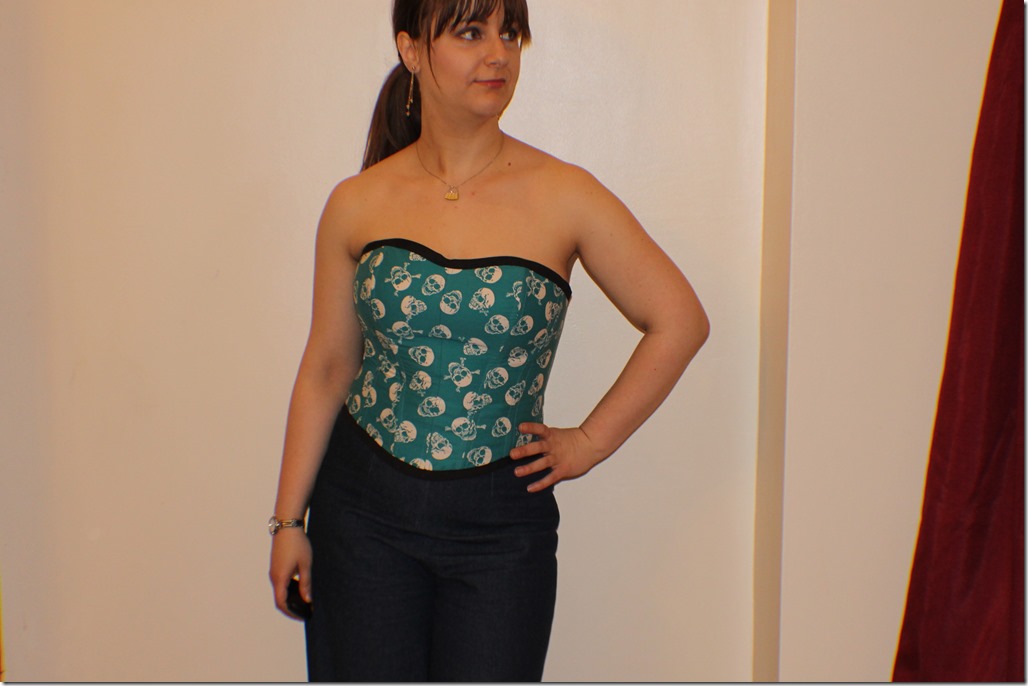 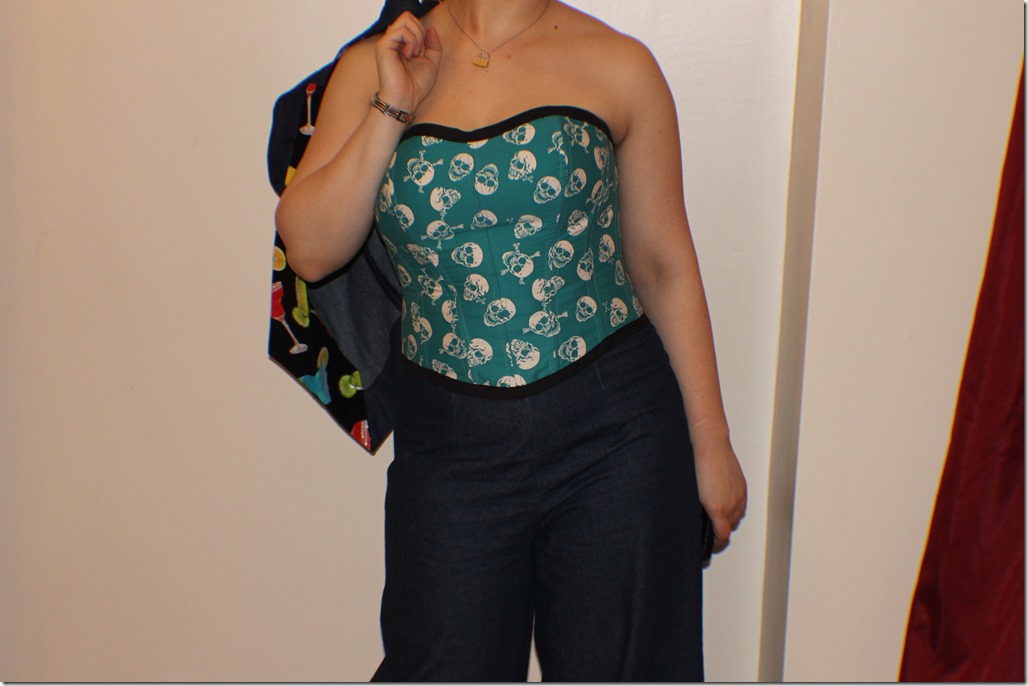 With this project i finally understood why, hand basting it such a good idea some time, especially when some precision is required and pins cannot provided enough stability!  As the pictures show I have already wore my wearable muslin a few time! My only complaint is  that the plastic boning bended and now its a bit out of shape but still ok! But that’s my own fault , for using plastic not metal! My advice is that , if you ever want to make a corset you  want to move in and not bend and stay that way, invest in metal boning! You will not be sorry!