Disclaimer: I do not get any money from Craftsy for this review. These are my views on the video class provided on Craftsy platform.

I made my first jacket! And I love it! Turned out better than I expected. I made the first version as a muslin, but it is a wearable one

and I am so happy about it. I have even been told that it does not look home made, not that it would have been anything wrong with  it 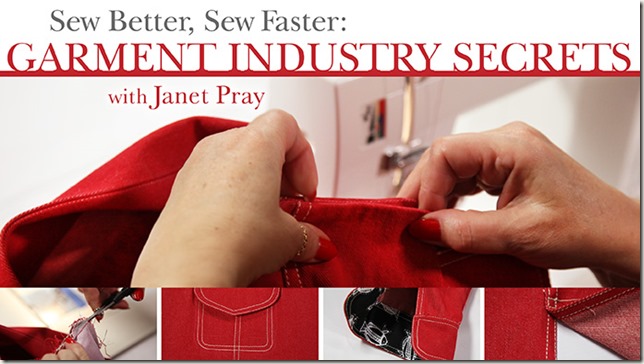 When I first read the description of this class, I knew I will own it. Was lucky that I got a discount link, so I got the class and pattern at a good price. Did not have to wait long to get the pattern.  The pattern that comes with the class comes in sizes XS to 4XL.  Some the things that attracted me to this class were:

As soon as I checked the measurements I know I will probably need to alter the pattern for the back and length on the sleeve, but for the first version I decided that t will be best to make my wearable muslin in denim. 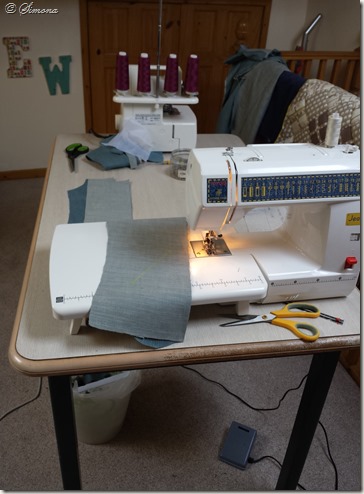 So on a really nice day, you  probably already know here in Great Britain sunny days don’t happen that often. However, on this  nice day I decided that I want to progress on my jacket so I set up my sewing and over locker machines and started work.

Janet suggests on her class to cut a few extra pieces for the pocket flap just in case things go wrong. She also advised that before making a decision on the top stitching thread to test it first in scraps to make sure we pick the right colour thread.

I also follow suggestions online that it would be a good idea to get top stitching needles. I went for titanium coated ones. They last longer, as long as you  don’s manage to bend them.

Any how, it was so easy to learn how to run your  fabric through the sewing machine without putting pins in first. The amount of time I saved. No pining at all. Just only when needed which throughout the class I think Janet only did it once or twice.  However,she only did it for the demonstration. Once you get experienced/confident, you don’t need them I only used them to keep the paper pattern pieces together with the fabric ones.

Mainly the secret is in how you old the fabric, pressing and slow stitching when needed.

I wanted a bit of contrast in the top stitching thread. Which when put against the fabric it did look good. 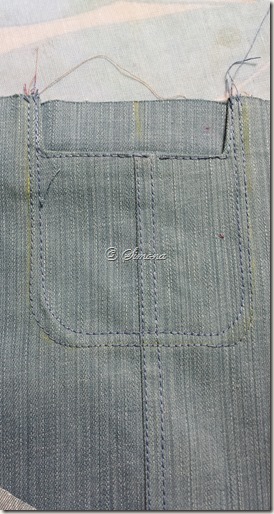 However, I did not realise that it will sink in the fabric and won’t be as obvious.

Also I made a bit of a mistake when I cut down the pattern since I made my jacket in denim. So the top stitching on that does not look that great. Good job I picked a colour  that close.

As usual, I got carried away and on a few steps I though I know what I am doing so I skipped some steps.

This was when Janet gives some tips on how to  make the patch pocket. You  know to make a template to mark the first top stitching line trace it on top and use it as a guide .

Well I also learnt that it is OK to trace important lines on the right  side of the fabric. It’s easier to use as a guide.

That’s it for today. More about this next time. Don’t want to make you  read a novel in one post. It will also give me some time to take some pictures of the finished jacket.

And remember if you  have any  questions ask away!  I will do my best to answer them.